As part of their iOS 11 release earlier this year, Apple release a new feature called Wifi Password sharing that's designed to let you quickly share your Wi-Fi password with a friend. Let's take a deeper look.

As I mentioned in the video, I think it's a pretty cool and useful feature. There have been plenty of times where I'm in a new spot with my business partner or wife and we'll casually ask each other: "Did you happen to get the wifi password?"

And then it's the usual fumbling to enter the password... Or maybe you forgot and have to ask again. Apple has solved this problem very gracefully in my opinion. The only prerequisites are that you both have iOS 11 installed, and you and your friend need to have each other listed as contacts in the Contacts app. (In other words, you have to each be an entry in each other's phonebooks.) 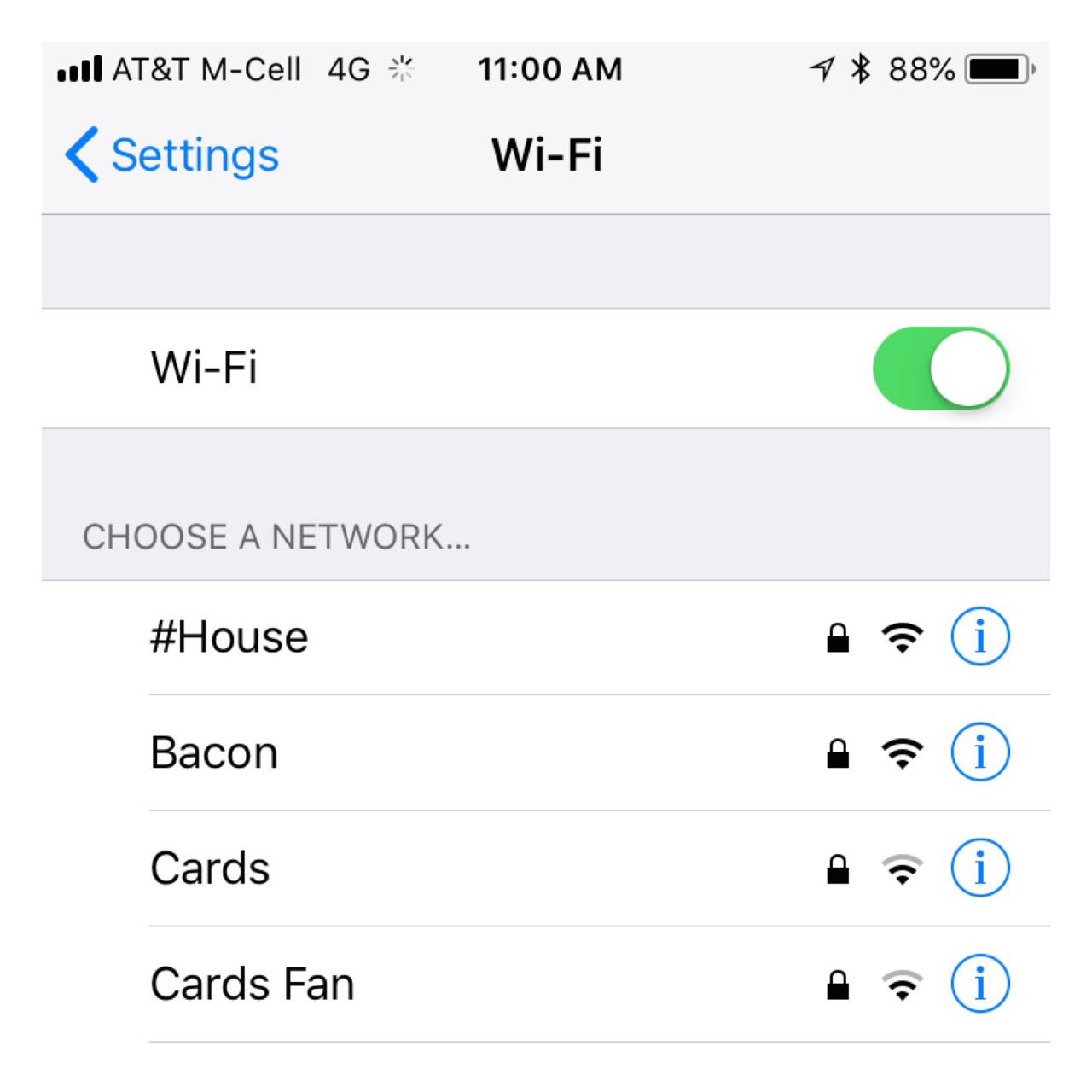 Here's an example of how it works... I'll use me and Jonathan in this example. Since Jonathan has never been to my house he walks in and tries to connect to the wifi. So he hits Settings > Wifi > Then selects the SSID of my network. (He would select "Bacon".) From there, I'll get a popup on my iPhone that asks me if I want to share my password. I tap "Share Password" and my Wi-Fi password is automatically sent to Jonathan's iPhone and his phone automatically joins my Wi-Fi network.

Easy-peasy, lemon-squeezy, right? Not so fast... Jonathan is a guest in my house and I do have a guest network setup (on its own VLAN and subnet segregated from the rest of my network). In the video above I only briefly mentioned a potential security issue. And that's one of them.

Allow me to paint another scenario... What about if I'm on a corporate network (legitimately) and Jonathan (my friend) wants on that network too? I might have a reason but Jonathan might not. He might be able to connect to things he shouldn't. So that's another potential network breach that a company could face. Hopefully they have other wifi safeguards in place that would mitigate these security holes. But think about it, my phone doesn't really know the difference between my home network and a corporate network. So this feature is a bit of a double edged sword.

When you break it down on a consumer level this new feature is pretty neat. But from a corporate network admin's perspective it's a bit of a nightmare. Do you have any thoughts? Please leave a comment below and let me know if you love it or hate it!

Technology is frustrating, even for technical people. There is always a solution and once you get it right, it can even be delicious. I recently purchased a new security camera system for my

Text messaging without a mobile phone Frontnumber is a tool that businesses can use to send and recieve text messages. But how? Let's take a look at some of our features a little