But at least in Sammy's case he'd be comparing apples to apples. Both "mph" and "km/h" are both distance measurements. They're just measured a little differently. 1 mph is roughly equal to 1.61 km/h.

When we measure computer data, the waters muddy a bit. We often think we're comparing apples to apples when in reality it's more like apples to kumquats. So let's break down the differences.

Broadband connection speed (download and upload) will display as megabits per second. But when you’re downloading or transferring that data it is calculated in megabytes.

So shopping for broadband can be very confusing! Most people are under the impression that if you've purchased a 10 Mbps connection you'll be able to transfer a 10 MB file in one second. But this is not the case! It would take roughly 8 seconds to transfer that file. So what are you actually buying? 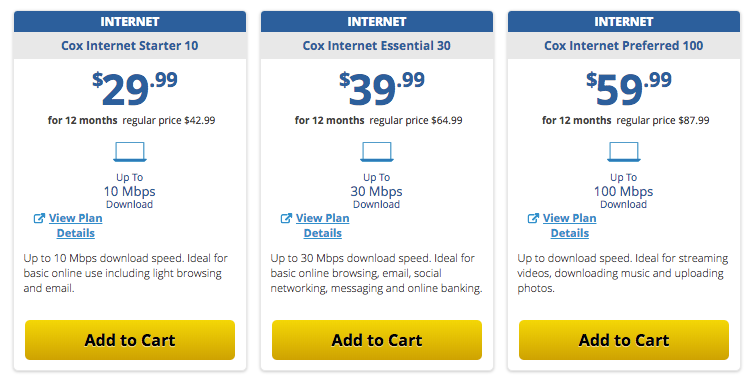 Ok so if we want to transfer 1 MBps (Megabyte) it will require roughly 8 Mbps (Megabits). So getting back to that 9MB pdf file, it's going to be the equivalent of 72 Mbps (9 x 8 = 72). Let's look at the Cox Speed tiers and see how fast we can upload and download this file.

Note that the time estimates above are just that, estimates. In a vaccuum they would hold up, but in the real world there is overhead, etc. when surfing the internet. But at least it lets you compare apples to apples and actually see what you get for the extra money you would pay on the associated tiers.

My tier isn't listed but I get about 300Mbps down and 30Mbps up (see speedtest above.) That means I'll process that 9MB file in 0.24 seconds down and 2.4 seconds up. Not too bad.

This chart below lists some common file typs and their approximate sizes with their approximate download times. This is where you start to really see the differences between a "Starter" level package from the upper tier offerings. Thanks to Fastmetrics.com for the Speed table.

So there you go. Next time you're shopping for broadband you'll be better prepared to compare the different speed packages being offered. What kind of speeds are you offered in your area? Drop me a comment below, I'd love to hear from you.

Video Transcript: Hola Interwebs! Zach from Chromis.com inside the shark tank aka my home office in Arizona... It’s Wednesday and on Wednesdays we wear pink… Wait… It’s not Wednesday… It’

Crowdfunding/sourcing is amazing. I'm a fan of this alternative fundraising because it has launched some really cool products (see Nomiku for an awesome success story). But every now and again something wacky